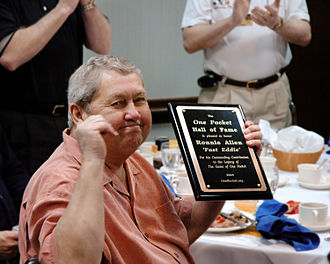 This picture of Ronnie Allen (1938 – 2013) (Wikipedia) was taken at the One Pocket Hall of Fame before he passed away. Some believe that Walter Tevis, who wrote the book The Hustler that later became an Academy Award-winning film, based the character of “Fast Eddie” on Ronnie Allen after seeing him compete.

When I was in high school Ronnie Allen was already famous for offering anyone at the Johnson City Pool Hustlers Jamboree two balls and the break because there were no takers. Amazing really when you consider this novel hustler’s tournament attracted the best players in the country.

I got to know Ronnie personally many years later and was again amazed at his story telling ability. He called me at work one day and said “Richard I’m praying for you! My car has broken down on the way to a job interview in Texas. Could you offer a hand?” Actually this kind of call was common even with some of the greats like Richie and Ronnie because old age did not include a retirement plan.

I was glad to help him even though the story may have been hustle this because this guy was so lovable that you wanted to believe the tale just to keep him talking. Besides the cost of admission was cheap. So I sent him a money order via Western Union and asked a favor. The next time he was in town I would pay for his hotel room and car repairs if I could record as many stories as he cared to relate. Tex and I put a mike on him and Ronnie Allen, the natural storyteller soon had us rolling in the isles. The following stories are guaranteed to have you smiling so listen and enjoy. This material is however ©Copyright 2010 All Rights Reserved, CNI Inc and may not be reused in any form without written permission. 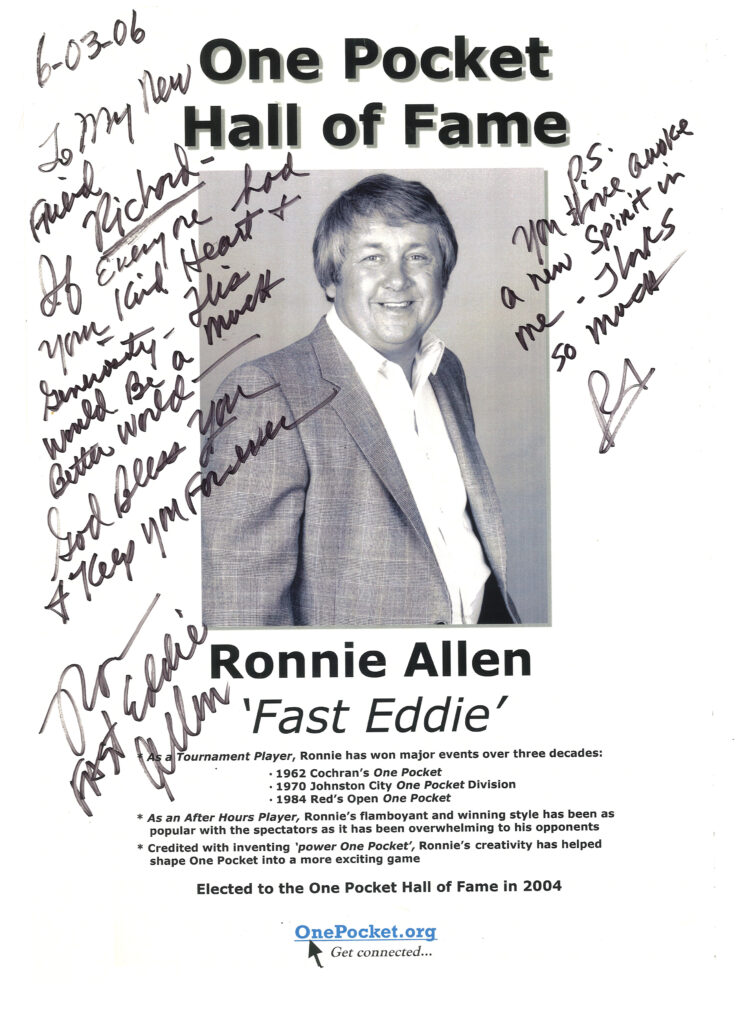